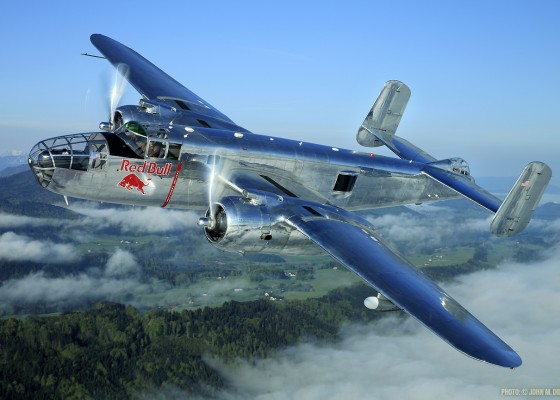 The B-25 Mitchell was named in honor of General William Mitchell. Between 1941 and 1945, North American Aviation produced about 10,000 B-25 aircraft, characterized by their distinctive twin tail. The aircraft’s trademark features are its glass nose and tail guns. Some versions, like the one used in the Doolittle Raid in the Pacific came equipped with a turret on the upper and lower side of the fuselage instead of a rear gunner station. Without a doubt one of the most beautiful aircraft of the North American fleet, she is owned by the Flying Bulls and can be found in Hangar 7 in Salzburg.